One Tribe is Proud to Welcome Eco-Fashion Brand – Traffic People 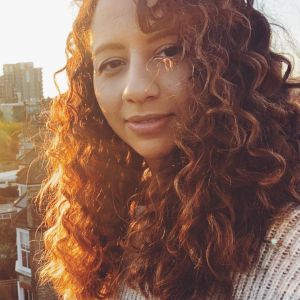 Slow fashion is the future

Born in 2002 in the heart of London, Portobello Road, eco fashion brand Traffic People concocted a line out of a true passion for dressing people.

Mixed with an environmental consciousness which means that their clothing is made with care for the planet in every step.

Traffic people know slow fashion is the future, making every garment as sustainable as they are edgy.

Ever notice how you can go out with £20 and pick up a whole new outfit? The saying goes in life, if something is too good to be true it probably is, and it’s most definitely the case for world fashion.

Garments have never been cheaper with new trends every couple of weeks, and a gigantic scar on the planet left by landfills of unsold or defective clothes.

The fast fashion industry is responsible for dangerous working environments, tons and tons of carbon emissions, and water depletion the globe over, because of the constant demand for new stuff. (206,456 TONS of textile waste went to UK landfill last year alone).

With clothes costing as much as a bag of chips in some stores, it’s no surprise that labour laws are constantly being flouted. On April 24th of 2013, one deadly factory collapse in the Dhaka district in Bangladesh killed 1,134 people and injured 2,500 others.

After bringing up safety concerns, workers were forced to return to work the following day when the building collapsed on top of them during rush hour.

It’s unfathomable who would put people in such a dangerous position, but the truth is that this factory manufactured clothes for Benetton, Prada, Gucci, Versace, Moncler, The Children’s Place, Mango, Matalan, and Primark, among others that we see advertised every day.

The items we see in our shops are made by people whose lives are out at risk by those who value nothing but profit.

It is crucial that we buy from manufacturers like Traffic people, who make the people actually putting in the work to make garments for us an important part of the process, ensuring everyone is safe, and work under fair labour laws.

Unlike fast fashion brands, Traffic People work to make sure their brand principles are applied throughout their entire supply chain. They even have just one supplier that they regularly travel to meet with, and have done so for the last ten years!

According to their ethical statement their principles are based on the International Labour Organisation’s core conventions, and conventions on the rights of a child. What that means is that, in basic terms, no one is harmed, overworked, or underpaid in the making of their garments. And no kids, ever.

Looking for an ethical statement before you buy from a site is a great way to make sure what you’re buying aligns with buying from sustainable businesses, if a brand is transparent about where their clothes come from, who made them and what with, you’re likely onto a winner.

As mentioned, Traffic People completely shun child labour. This is not as common as it should be: Over 168 million children are forced into unsafe working conditions, often because the textile industry requires low-skilled labour.

There’s even a practice in South India, the Sumangali scheme,  that sees girls work in a textile factory for 3 to 5 years in exchange for a lump sum to poor parents.

Practices like this for eco fashion brands are banned but not by lots of fast fashion manufacturers. Thankfully, companies are following suit, but vigilance is the only way to stop child labour for good.

Saving the planet with sustainable fashion

So how does sustainability come into fashion apart from looking after workers? It’s all connected.

With thousands of items being mass-produced for brands, 85% of textiles in the US are simply discarded, and they don’t just disappear into thin air, they end up in our water, our landfill, or burned to release harmful gasses into the atmosphere.

Brands are expected to make 52 micro collections a year. That is some turnaround, and there’s not much time left to turn it around for the planet.

Traffic People don’t mass produce, which is a huge environmental win as well as making all their clothes super unique to the buyer. There’s no danger of showing up to an event dressed the same as someone else here!

The proof is in the cut of the clothes, making pieces multifunctional and extremely well-made means that clothes can be worn for way longer and feel just like new, rather than being thrown out after a few good wears.

One Tribe and Traffic People.

One Tribe partnering up with Traffic people and other eco fashion brands means great things for the Amazon rainforest, 5 mature trees are protected automatically with every single purchase.

South America has been hit hard by industrial giants, clearing sacred and biodiverse rainforests that are essential to the Earth’s survival. Often to make way for cheap grazing land for cashmere sheep for even cheaper clothing.

To put the biodiversity of the Amazon in perspective, it contains one out of ten species known on Earth. Just by being there, helping stabilize the entire planet’s climate, not to mention the indigenous people that call it home.

Eco fashion brands that partner with us put the planet and people first.

Read more about what you can look for to make sure your wardrobe is sustainable here!

Read more about how you can make sure your wardrobe is sustainable!