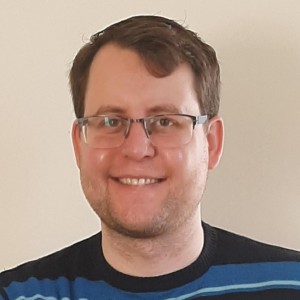 We are very excited to welcome one of our new tribe members, Claro Money. Claro Money is an ethical finance coach, on a mission to help consumers use their personal money to make a positive difference in the world. Achieved by ensuring users can save and invest ethically, and by working with the tribe to contribute to global conservation. We’ll tell you how this ethical finance coach came to be and what they are about. As well as how Claro and One Tribe found each other. Then we’ll talk about their campaigns, plans for 2021 and finish with a short video the team shared on YouTube.

We are excited to welcome to the tribe, ethical finance coach, Claro Money

“We at One Tribe were absolutely buzzing a couple of months ago when we got the chance to welcome one of our new tribe members, Claro Money. Claro Money is an ethical finance coach on a mission to make financial coaching accessible to everyone. They really believe in responsible money management which led to them creating four key parts of the service they provide to their customers. Learning, planning, saving and investing, and community.

We realised how strong that commitment was when speaking with Anna Panayi (The team’s Product Marketing Manager). Aside from the technology of the platform, and the fact that the team provides financial coaching online, the team has personalised the experience for their users. So for many who want to align their personal beliefs and values to their savings and investment products, like say, environmentally friendly savings accounts or clean energy investments, it can be done. “

They have been able to achieve this incredible USP by using ESG data, which is a comprehensive set of raw data points that covers a variety of environmental, social and governance themes. This means customers choose where to save and invest money, even selecting or avoiding individual companies. Having already taken such strides within their own platform to use technology to make positive change, working with us and partnering with our climate action platform was an easy decision to make.

Ric Porteus – How we came to work with ethical finance coach, Claro Money

Anna happened upon us whilst shopping at Goose Studios, a UK-based 100% organic clothes company, who was one of our first partners and case studies. New threads sorted, and a donation to the Tribe later, Anna spotted us again on one of Goose Studios newsletters, where the team promoted the partnership and entry into the Tribe. Anna made contact with the team soon after, enquiring about working with us.

She was just getting started at Claro Money and saw a great opportunity for the brand to get involved with global conservation. A few conversations later, with our bot, then with Ric, Anna felt her and the team should be in the Tribe too! Following lots of mutual advice and exchanges of an idea, we got an implementation done with Claro within 1 week. Within 4, One Tribe and Claro had launched an acquisition campaign with Claro running a multi-channel social media campaign. Now an active waiting list ahead of 2021. By being a part of the tribe, Claro Money is now supporting 5 of the United Nations Sustainable Development Goals. Those are 1) No Poverty, 13) Climate Action 14) Life Below water and 15) Life on Land and of course, goal 17, partnerships.  The goals represent a partnership and blueprint begun by all UN member states in 2015. To ensure peace and prosperity for all people and the planet by 2030. Achieved via 17 goals as a part of The 2030 Agenda for Sustainable Development.

Claro Money is able to protect 25 trees for every customer who sets up an account with them. Each signup is tracked in real-time by the One Tribe platform, creating micro-donations to protect rainforest, at no cost to the customer. It took just a few of days to integrate Claro Money on to the system. After which, Claro Money secured their own ‘Claro-Money Impact Page’. The page tracks the number of trees protected and the acres/squares metres conserve, as well as the equivalent amount of CO2 stored per year in terms of tonnes.

The ethical finance coach announced in October on Linkedin and their website, a waiting list where the brand will donate to protect trees. And when the new year comes, the team will be opening up the scheme. With the team committed to protecting 1 million trees during their campaign in 2021. If successful, this will be an amazing contribution. Helping One Tribe and our partners the Rainforest Trust and CEDIA, and the Peruvian Amazon rainforest, which we all seek to protect and conserve.

We caught up with Anna following the first campaign to find out about her team’s plans for next year. 2021 won’t just be a year to deliver conservation, but a year for ESG, with the team focusing on data. Working with partners they’ll be able to monitor and rate how companies perform in terms of sustainability. Thereafter giving insights to their users when they are deciding where to invest within the platform.

The team is also very passionate about generally coaching people to financial success. “Financial literacy is a skill not taught in schools, and we change that for those that need that support”.

Claro very much sees one interlinking to the other, a form of ethical FinTech. “A persons money can be one of the biggest drivers to make a difference, managed and used to support a better world.”

Outcomes and plans for the future

We asked Anna how she sees her team going after their first million trees, and how they would promote their other ESG work.

“The 4-weekly campaign achieved better results than all of the other campaigns we had running. Our costs per conversion on Twitter, Facebook and Instagram were all less. We had great engagement and sign-up rates, with an open rate on Mailchimp of 40%. Following the success of the 4-week period we ran more Facebook and Instagram ad campaigns. Compared to our other campaigns running, engagement was five times higher! The cost of the ads and the cost of customer acquisition were more than 30% less than any other campaign we’ve launched.”

Following the first campaign, the team is running nurturing programs to regularly communicate with all customers who want a One Tribe partnered account. And the response has been amazing, with a 45% open rate to all newsletters.

The team is planning various social and PPC campaigns with support from YouTube influencers. One figure they are hoping to work with is Unjaded Jade, an influencer with over 500K subscribers who promotes an ‘academic, self-growth, positive, vegan lifestyle.’  “We are turning early to respected partners and influencers as we take our journey as a brand, working with them to shape the conversation we have with our community. We are really excited to see where this takes us, next year and thereafter”.

The announcement of the waiting list and the intentions for 2021 were brilliant, but the team at Claro brought it home with a team collaboration, published on YouTube.

“At Claro, we are taking part by doing our bit to make a difference in the world we share.”

“Have you watched the new David Attenborough documentary on Netflix? The time to act is now, and we can all do our part to make a difference in the world that we share. At Claro, we are taking part by doing our bit to make an impact on the world of finance and you can too.  The most powerful tool we have to make a change is our money. We can make an impact on our collective spending. Let’s support companies that care and swerve those that don’t.

The claro tribe is building a platform that will allow you to manage plan save and invest your money. All whilst making an impact on the world for the better. Using the latest ESG technology combined with your personal spending, budgeting and saving goals. You’ll be able to see who your money goes to and how those companies are making a difference.

“This is only the start of our mission to impact positive change in the world of finance.”

To kickstart our mission we have partnered with One Tribe who are working with the rainforest trust on their current campaign in Peru to protect 25 trees for every sign-up but also the indigenous tribes and endangered species that live there. We are on a mission to protect one million trees by the end of 2021.

This is only the start of our mission to impact positive change in the world of finance. We want to give you the power to vote with your money and support companies making a real difference. Please join us on this mission and not only will we protect 25 trees for every sign-up but you will also be supporting us on our mission. To give you the power to make a difference with your personal finances.”

We are excited to kick off the campaign with Claro Money in the new year, working with them to achieve their target to protect a million trees within 1 year. Since implementing the tool they have been able to protect over 3 acres of forest, protecting over 3000 trees and trapping over 8 tonnes of CO2. A modest start to what both of our teams hope will be a very big year! Feel free to check out Claro Money’s climate action page. You can also check out the rainforest protection work they are now committed, both on the link below.